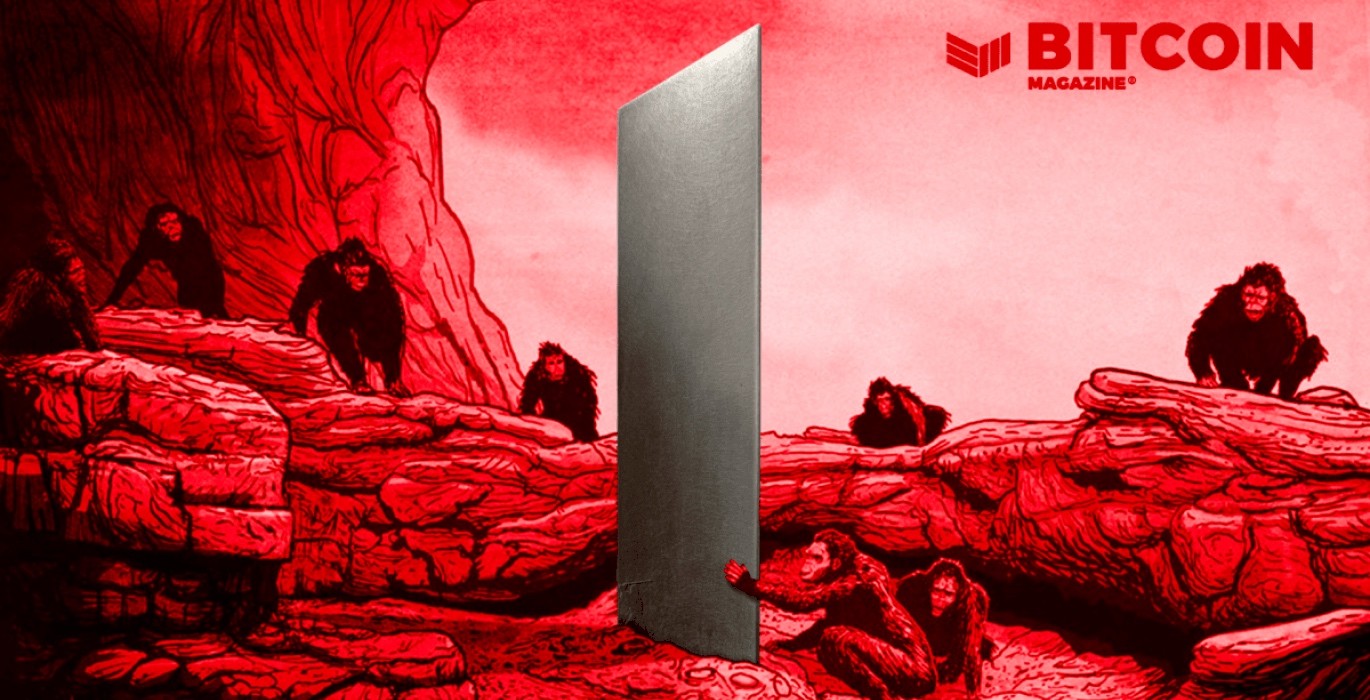 Fedimint – the evolution of bitcoin custody

What do the infamous Mt. Gox exchange, the latest cryptocurrency restrictions agreed by the world's regulators, and my departure from the Bitcoin exchange space after 8 years have in common?

The answer is Bitcoin custody (how and where you secure your bitcoin) - how it was, how it will be if nothing changes, and how it can evolve for the better if we take appropriate action. To understand why, we need to go back to the beginning, or at least the beginning of my Bitcoin exchange journey.

Back in 2013, when Coinfloor was about to become a reality, the Bitcoin exchange space was dominated by Mt. Gox, the exchange colossus based out of Tokyo, Japan and headed up by one Mark Karpeles.

Many people held their bitcoin on Mt. Gox until one day, it all vanished. Users could no longer gain access to their hard earned or purchased bitcoin. Due to reasons that are still not fully clear, much of the capital custodied with the platform had disappeared and to this day, the subset that has been recovered is yet to be returned to its rightful owners.

This Mt. Gox drama was a major reason why our exchange, Coinfloor, was set up. We wanted to bring back trust to the exchange space and make holding bitcoin on an exchange safe. At the time, many thought having users safely hold their bitcoin on exchanges was a noble goal. But I now realise that this goal has simply created a different risk for the exchange customers’ coins.

You see, 8 years ago, after Mt. Gox, no one trusted exchanges to hold their money but wanted better ways to buy bitcoin. They would buy their bitcoin and promptly withdraw it from exchanges as quickly as they could. Now, 8 years on, there are dozens of decent exchanges and brokers who make it easy to buy Bitcoin and trust in exchanges is strong. Ironically, as a result, the percentage of Bitcoin holders custodying their bitcoin on exchanges is at all time highs.

You might think that this is not an issue but this is where the world's regulators, through an organisation called the FATF, come in. FATF, or the Financial Action Task Force, is an unelected international advisory body that issues guidance designed to prevent whatever the majority of countries deem to be financial crimes. Although no country is forced to enact one of their recommendations, the potentially devastating effects to international trade of ignoring them mean that their proclamations are consistently implemented by almost every country in the world. So when the FATF “advises” a country to adopt a regulatory stance, you can assume that it will be implemented. In June 2019, they issued guidance for cryptocurrencies that included a controversial provision called the “Travel Rule”. This rule advocates that all crypto exchanges and Bitcoin brokers should only allow transfers of crypto to parties that they can properly identify. The challenge is that the identity-less nature of cryptocurrencies makes complying with this guidance, while still allowing customers to withdraw to their own crypto wallets, difficult at best and impossible at worst.

So once again, we are heading into a future where huge crypto exchanges prevent their customers from taking ownership of their own coins. But this time it will be due to an over-abundance of regulation as opposed to a lack of it as was the case in the time of Mt. Gox.

Over the years, I observed the direction of regulatory travel and the growing disinterest of many investors towards taking control of their coins. It seemed obvious that this was heading the wrong way and needed to be resolved if we weren't to risk escaping the fiat frying pan into the fire of bitcoin held hostage on exchanges.

“But why is holding most of my bitcoin on an exchange a problem?” you ask. Simply put, if a regulated 3rd party has control of your bitcoin, no matter how trustworthy they might seem, they can be compelled to prevent you from taking custody of your crypto. With the latest FATF rule, we already see countries such as India, South Korea, and Estonia look to fast track regulation to this effect and we can expect more to follow. If left unchecked, the end result could be a majority of bitcoin being stored on a handful of centralised exchanges - barring Bitcoiners from self-sovereignty.

This is a concern because bitcoin only succeeds if all its major constituents - mining, payments, software development, and custody - stay strong and decentralised. For someone dedicated to seeing Bitcoin achieve its potential for separating money from state and thereby creating a fairer world through a more efficient economy, nothing can be more important than reinforcing Bitcoin’s foundations. Helping protect these core areas of Bitcoin was a big reason why I decided to sell my company and leave the Bitcoin exchange space, why I have sought to become a board member for the Bitcoin developer incubator ₿Trust, and why I am also involved with solving the custody problem with my support for Fedimint.

Fedimint is a new way of custodying that enables users to form groups where members look out for each other’s bitcoin. It is still in the early stages of development but holds much promise. It takes advantage of clever technology and the very human circles of trust that we all possess, to provide a solution to custody that is more convenient than holding Bitcoin on a 3rd party exchange and less expensive and complex than most self-custody solutions. It has the added bonuses of improving user privacy, scaling Bitcoin, lowering on-chain usage fees, and can provide a non-exchange Bitcoin custody solution that is equally viable for people in the western world as well as the rest of the world.

Fedimint has 3 simple, yet powerful elements:

The first is that Fedimint is designed to be used by pre-existing groups where members already have high levels of trust in each other. Families, close friends, small villages, community groups, etc. are all examples of groups with strong second party relationships. This is in contrast to the distant third party relationships offered by an exchange or the first party relationship afforded by self custody. This setup also has the added advantage of often being exempt from most regulatory considerations as the 2nd party relationships and lack of profit would mean this is considered a non-commercial activity.

The second part is to break the custody challenge into two. It does this by recognising within any given group, there will be some more capable of guarding the group’s Bitcoin than others. The more capable “group guardians” do the heavy lifting - hosting the group’s wallets and processing transactions - while the other members of the group have an ultra simple app that off loads all the complex stuff to the group guardians. Side note: This may sound unusual but it is already a common occurrence today. Anyone who has been in the Bitcoin space for a while, has probably experienced a time-poor or less tech savvy relative or friend asking them to buy, sell, custody, or transfer bitcoin on their behalf, thereby acting as their bitcoin guardian. As a long-time Bitcoin exchange operator, I have heard so many anecdotal examples of this happening that I would not be surprised if the majority of bitcoin “owners” are actually acquiring their bitcoin through guardians already - but there is no way to know for sure.

The final part of Fedimint is the use of two powerful technologies, federations and chaumian e-cash mints, to remove any single weak point and to maintain complete privacy for all users, and is the reason behind Fedimint’s unusual name. A federation is a mechanism that shares custody of the group’s bitcoin amongst all guardians. This ensures that a majority of guardians need to act to perform a transaction and that a failure of a minority of guardians can be tolerated by the system without affecting its operation. Chaumian e-cash mints are a cryptographic tool to allow the federation guardians to process transactions on behalf of any member of the group without knowing who it is or how much they have. This ensures financial privacy even though group members have delegated the complicated task of managing their bitcoin holdings to the guardians.

Taken as a whole, the Fedimint system provides a custody solution superior to third party custody and much closer to the ideal of correctly implemented first party custody.

This table has been updated from the original to reflect our updated view of the benefits of Fedimint vs other custody options.

When I was first introduced to Fedimint by its inventor (who goes by the alias "elsirion") in mid 2021, I instantly saw that this was a practical solution to Bitcoin’s custody challenge. I now support the Fedimint project and I encourage every Bitcoiner to do the same. In time and with effort, we can help Fedimint become an essential part of the infrastructure that makes Bitcoin scale to worldwide adoption while remaining decentralised and strong. Helping make this happen, and preventing Bitcoiners from losing access to their own coins, is a truly noble goal.